Mindfulness is a state of mental self-awareness; one that, if applied in the right context, can help improve mental well-being and supplement other treatment modalities as a means to reduce stress and symptoms of depression.

Mindfulness based therapies have been in development for decades, as an offshoot of the interest in new psychotherapy methods generated by the introduction of meditation and meditative exercises into modern psychiatry.

The first concrete and evidence-based mindfulness program were developed by Jon Kabat-Zinn in the 1970s, in the form of mindfulness-based stress reduction (MBSR). Since then, the program has been incorporated and molded into an entirely new modality, which aims to combine the benefits of utilizing mindfulness techniques with modern cognitive therapy systems, resulting in Mindfulness Based Cognitive Therapy (MBCT).

What is Mindfulness Based Cognitive Therapy?

The idea behind mindfulness-based cognitive therapy is that depressive thoughts are, in part, triggered by automatic mental processes. These automatic processes are largely negative and will lead a person down the road of depressive thinking and self-loathing because of a stressful trigger or an instance of rumination.

MBCT aims to introduce a series of activities, therapeutic techniques, and self-help protocols to interrupt these automatic processes, identify negative thoughts and memories, and derail a potential downward spiral.

Mindfulness-based cognitive therapy has a similar foundation as the more popular cognitive behavioral therapy (CBT), which combines the idea that thoughts precede emotions (cognitive therapy) with the idea that controlling our actions can affect our mood (behavioral therapy). In MBCT, individuals learn to adopt a healthier mindset and sidestep negative thought patterns through activities that explicitly promote mindfulness.

As a common analogy in CBT, therapists liken sorting through your thoughts as a traffic jam, where the cars represent various intrusive and often negative thoughts.

Sitting in a car during a traffic jam can elicit feelings of frustration, and even impotent rage – but if you take yourself out of your car and imagine simply taking on the form of a bystander, you can observe the rush hour traffic while remaining impartial to it. In this case, the cars are a metaphor for your thoughts, and learning to adopt an outside perspective in times of stress is seen as a positive coping mechanism to avoid getting caught up in negative thoughts.

Mindfulness Based Cognitive Therapy utilizes a similar concept, where instead of becoming increasingly angry or upset as a result of your thoughts, you cut to a soothing or focusing activity; one that would help you return to a positive baseline of emotions, and perhaps even give you a better perspective with which to address your current circumstances or situation.

On a more drastic level, MBCT can be used as a positive coping mechanism for oncoming depressive or anxious thoughts, by helping individuals learn how to dissociate from negativity and focus on something entirely different the moment they begin feeling their symptoms “come on”. These could be physical symptoms – such as a wave of fatigue, nausea, or sluggishness – or mental symptoms.

How Was Mindfulness Based Cognitive Therapy Developed?

Kabat-Zinn’s mindfulness-based therapy program was an 8-week protocol that focused on utilizing methods of mindfulness – specifically meditation and yoga – to cope with mental and physical health concerns, such as chronic pain or depression. It was first developed for hospitals but had since been applied to people going through any form of hardship.

Bernard and Teasdale’s interactive cognitive subsystems model, on the other hand, posited that thoughts preceded moods and that the mind generally receives and reacts to information in two distinct modes: the “being” mode (passive) and the “doing” mode (active).

Mindfulness-based cognitive therapy was not fully developed and studied until the 2000s, at which point it had evolved into a combination of both concepts. MBCT focuses on helping individuals through their “being” mode, which proponents of the modality believe elicits the most long-term psychological change.

When Is Mindfulness Based Cognitive Therapy Applied?

As well as symptoms of depression developed as a result of illnesses, such as:

A mindfulness-based cognitive therapy program may be right for you if you have been struggling with recurring and uncontrollable negative or intrusive thoughts or have been through an emotional rough patch for the last few months, and need a healthy coping system to guide your way out of it.

Mindfulness based cognitive therapy can be either conveyed in an individual one-on-one setting or via group therapy, with weekly or biweekly sessions. A trained therapist will guide individuals through several different meditation techniques in order to help them find one that works best for them, and explain the interactive cognitive model, and how it relates to mood, emotions, and behavior.

In addition to group or individual therapy sessions, the mindfulness based cognitive therapy program at Amend Treatment usually involves extensive homework, often in the form of completing daily meditative tasks or practicing different forms of mindfulness, based on your therapist’s recommendation or observations.

These tasks should usually be performed during semi-autonomous routines, such as walking, doing the dishes, cooking, or taking a shower – encouraging individuals to “snap out” of autopilot, and actively preserving a state of mindfulness and present-moment awareness.

Like anything else, mindfulness is a skill, and it takes time and discipline to develop it. Most MBCT programs today are at least 8 weeks long and may be incorporated into a larger treatment plan alongside other talk therapy methods and mental health modalities. Learn more by contacting us today! 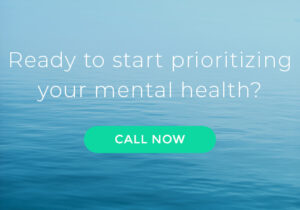