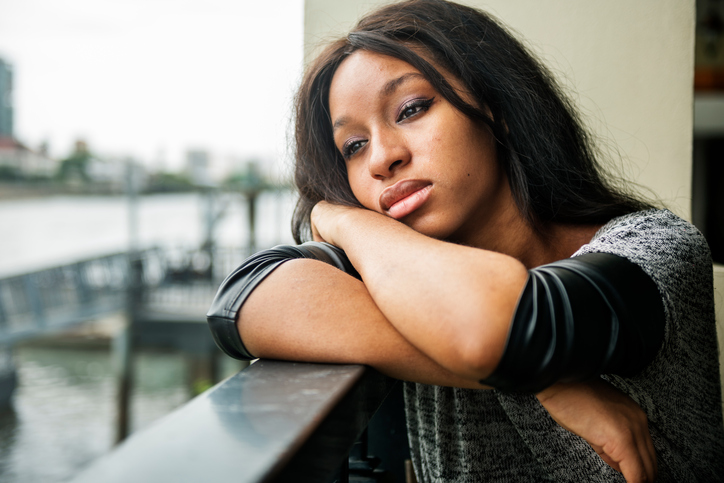 Post-traumatic stress disorder affects an estimated 3.6 percent of American adults and is prevalent in about 5 percent of adolescents. It is more common in women than in men. It’s a well-known, yet misunderstood condition, characterized by traumatic experiences leading to symptoms of avoidance, reexperience, and recurring unwanted thoughts.

PTSD is also a neurological condition, affecting the way the brain responds to stress. It can lead to excessive reactions and hypervigilance even in a calm or safe state. PTSD is often a co-occurring disorder with anxious and depressive thoughts and is often treated through specialized therapeutic modalities, such as exposure therapy, cognitive processing, and eye movement desensitization and processing.

Understanding the signs and symptoms of PTSD can help you recognize it in yourself and your loved ones after a traumatic event and know when to seek help. PTSD isn’t just the result of something horrific. Breakups, sudden moves away from a hometown, or the aftermath of a natural disaster – even without casualties – can trigger the symptoms of PTSD and leave long-term, lasting mental scars.

Contents
How Does PTSD Occur?
What is Trauma?
Signs and Symptoms of PTSD
Reliving Past Experiences and Memories
Intrusive and Unwanted Thoughts
Hyperreactivity and Arousal
Avoiding People, Events, and Memories
PTSD in Kids
Treating PTSD

How Does PTSD Occur?

Post-traumatic stress disorder is understood as a form of mental scarring. The idea is that a traumatic event can “lock” the brain into a fight-or-flight mode that causes a series of different physical and mental symptoms, as the person continues to be wired to the stressor that caused their panic to begin with.

PTSD is common, but it does not occur after every form of trauma. It is estimated that about half of all Americans will experience a traumatic event, yet fewer than one in twenty people develop symptoms of PTSD. Certain risk factors make PTSD more likely, including:

While PTSD is often associated with war, PTSD has many causes. Frequent ones include domestic violence, sexual assault, auto accidents, and violent crimes.

PTSD itself coincides with a traumatic event and a cascade of different neurological phenomena. Trauma causes an increased release of norepinephrine and cortisol in response to future stressors and causes lasting changes in the brain — particularly in the amygdala (associated with fight or flight and survival instincts), the hippocampus (associated with memory and learning), and the prefrontal cortex (associated with decision making and risk assessment). Together, all three represent more than half of the brain structures that are known to play a role in mood, emotion, personality, thoughts, and behavior.

This means that treating PTSD is both about addressing a person’s mindset and thoughts after a traumatic event, as well as counteracting the increased stress hormone production they’re experiencing as a result of their trauma.

Trauma is a subjective concept. A traumatic event is described as something personally shocking or scary, with a lasting emotional impact. Traumatic events do not always lead to the development of trauma. Think of it this way – a traumatic event, like a mass shooting or an earthquake, is an event with the potential to leave a scar on a person’s psyche.

For example, an important element of a PTSD diagnosis is proof of reexperiencing, or recurring thoughts related to the event. But there are other important symptoms that a professional must identify before making a diagnosis, including hyperreactivity, memory and learning problems, and an unstable mood.

Signs and Symptoms of PTSD

Dissociative symptoms may also occur in cases of PTSD, where certain memories are blocked off, or a person completely dissociates from the experience and perceives it as the experience of someone else. The common signs and symptoms of PTSD include:

Reliving Past Experiences and Memories

Reliving or re-experiencing symptoms are effectively described as some form of recurring memory or thought regarding the traumatic event. Examples include:

Intrusive and unwanted thoughts can affect a person’s mood and cognitive ability. People with PTSD will not only experience excessive negative thinking, but because PTSD can affect portions of the brain dedicated to decision making and memory, they may:

A person with PTSD is effectively caught in a loop of fight or flight. They are more likely to be on edge and are much easier to startle. They will exhibit a kind of anxiety that makes it seem like they are constantly being hunted. However, this kind of alertness takes its toll, physically and mentally. Signs of reactivity and arousal symptoms include:

Avoidance symptoms seem like a natural response to something horrifying, but they can get in the way of living a normal life, especially if they cause massive changes in routine, or a disabling avoidance, such as never wanting to use an elevator or sit in a car again. Examples of problematic avoidance symptoms include:

Children and teens can develop PTSD just as much as adults. There is no minimum age for post-traumatic stress. However, children and teens develop a handful of different symptoms, in addition to some of the symptoms present in adults. Children with PTSD may:

On the other hand, teens with PTSD are:

Treatments for post-traumatic stress disorder are varied, with first-line treatments usually involving cognitive processing therapy, cognitive behavioral therapy, and exposure therapy. People seeking professional help for their PTSD will be asked to slowly confront and reevaluate their experiences and learn to develop positive thinking despite their intrusive thoughts.

Additionally, certain medications like antidepressants can play a role in improving memory and mood, reducing some of the symptoms of PTSD, and helping patients cope. Desensitization therapies such as eye movement desensitization and processing involve intense therapy while partially distracted to help reduce the impact and power of a traumatic event, and help patients move on overtime.

Getting a treatment plan for PTSD begins with a professional diagnosis. If you or a loved one has experienced something traumatic, it is a good idea to talk to a professional.